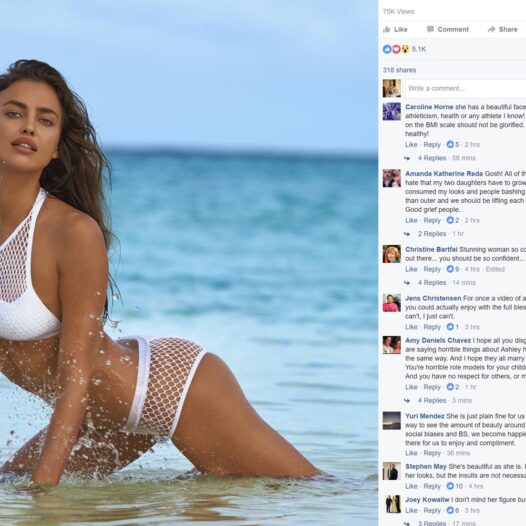 Let’s take a closer look at how Facebook sneakily uses your own activity against you, to censor you on social media, using social shaming.

If you haven’t been living under a rock for the last two years and consider yourself somewhat “woke”, you would have noticed social media platforms starting to implement various censorship strategies.

I’m not talking about deleting or banning accounts that don’t comply with the website’s terms and conditions – I’m talking about censorship of content that does NOT violate the platform’s terms, but rather goes against their political views and the political views of their advertisers and investors . This became even more evident during the 2016 US Presidential Election, where Pro-Trump content was being excluded from the trending sections of major social media platforms like Facebook and Twitter. Even worse, accounts were being deleted and users banned for their political views. A well known example is Milo Yiannopoulos from Breitbart News.

Since then, more and more subtle strategies have been implemented – including shadowbanning.

Shadowbanning is where you will be able to see your own post, but it is hidden from everyone else on the platform. It looks like it’s there to you, but no one else can actually see it. This is being used more and more on pro-right-wing users, especially on sites like Twitter, which has been exposed as supporting a left-wing agenda.

But the point of today’s article is not to get into politics, but rather talk about another sneaky strategy that Facebook uses – using your own actions to censor YOU!

A few years ago, Facebook introduced the share tool. This allows you to share a link or bit of content to your profile page so that your friends and connections can view it. This, in my opinion, was one the most powerful and useful features Facebook ever implemented, due in large part, to its simplicity and ease of use.

When you shared content, it would appear on your profile page, as well as in your friend’s newsfeed. So far, so good – when you want your friends to see something, you share it.

Then Facebook implemented a sneaky new change – one which I believe has much more sinister implications behind it.

A few years later, Facebook started revealing more of your activity to your friends. For example, when you liked or commented on a photo or other post.

Initially, this may seem innocent enough. But what if you don’t want your activity to be public?

If I interact with that photo, it may show up in my newsfeed, and I might not want certain people to be able to see that activity. In the example screenshot below, I liked a photo. I cannot change the privacy, which remains public and the only action I can take is to unlike the photo. Basically, there is no way to like or comment without it being visible to everyone.

Let’s take a look at another, more relevant example.

During the recent 2016 Presidential Election, anyone that supported Trump was branded with The Scarlet Letter by anyone else that wasn’t a Trump supporter, including the mainstream media and majority of social media users. This forced most Trump supporters to remain underground and silent about their political preferences.

While I personally did not buckle to this pressure, I had many people message me privately about their support of Trump and how they had to keep quiet about their political choice due to fears of being called out publicly, or worse, losing their jobs.

Facebook was indirectly responsible for perpetuating this hatred and social shaming, by making public user’s activity. If someone liked or commented on a Trump post, everyone would now see it in their newsfeed.

Rather than letting the user decided what they did and didn’t want made visible by specifically using the share tool, Facebook now made all activity visible. So simply by using the platform, you were “sharing”, whether you liked it or not.

I’m sure by now you’re starting to see how this would indirectly force users to censor themselves out of fear. If I liked or commented on a naughty photo or political post that the majority of my network may not like, I put myself at risk of being shamed, or called out for it. So it’s safer just not to do anything at all.

As mentioned earlier, the only way to avoid having this activity made visible, is to refrain from interacting with the content completely. In the case of an election, if people are too afraid to interact with a particular politician’s content, like Trump’s, it looks like he has less support than he actually does.

Facebook wins! Now users will only interact with the socially acceptable content and censor themselves the rest of the time. Anyone with contrarian views is now silenced.

I, personally, don’t give a fuck and speak freely. And troll deliberately. But not everyone can do this – they have jobs and families and a social standing in society that’s important to them. So now they’re silenced. Muzzled. Censored.

These types of subtle control mechanisms will ultimately lead to these giants falling. I have no doubt. Which is a pity, because Facebook is a powerful platform and could have been great for users to publish both short and long-form content, including blogging.